Colin Ford is a former ad man, marketer and small business owner. He currently serves as The Common Sense Canadian's CMO. He is an avid cyclist and outdoorsman. View all posts by Colin Ford → 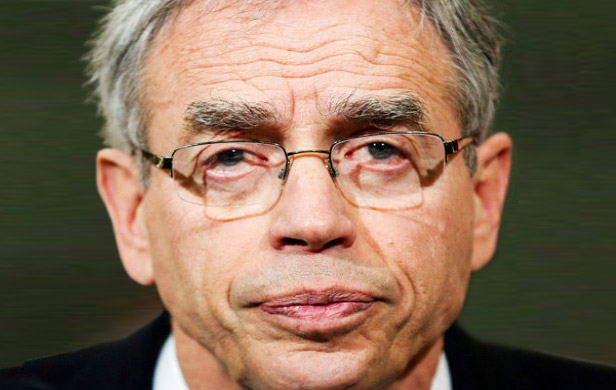 The ever slippery Joe Oliver, Canada’s minister of natural resources – who never misses a chance to put a positive spin on Canada’s horrendous energy track record – is happily trumpeting the International Energy Agency’s (IEA) alleged recognition of Canada “as a world leader in energy efficiency”.

Says Joe, “The IEA’s Energy Efficiency Market Report 2013 ranks Canada second, along with the United Kingdom, for its rate of energy efficiency improvement between 1990 and 2010. It also highlights Canada’s successful energy efficiency programs, which provide consumers with greater market choices and help industry reduce costs and improve the bottom line.”

The efficiency improvement being bandied about is 23.5%, which sounds impressive but clearly isn’t producing results in carbon emissions reductions, proving once again that you can’t always rely on the numbers, particularly those emanating from the PMO.

Moreover, whatever gains Canada has made in terms of energy efficiency to this point, our future potential in this area is severely undermined by the Harper Government’s recent decision to cut all innovation funding for 2013-14. Compared with other nations like China, the US and Germany, Canada is falling far behind on the development of renewable energy and green jobs.

Top per capita energy consuming countries 1990 to 2010 with projections to 2015 Canada versus the rest of the world.

Check out these graphs from the IEA’s “Economist Intelligence Unit” which will give you a sense of Canada’s place in the world in terms of per capita energy consumption. For 25 years we’ve consistently been the bottom of the barrel, with virtually no improvement from 1990 to 2015. 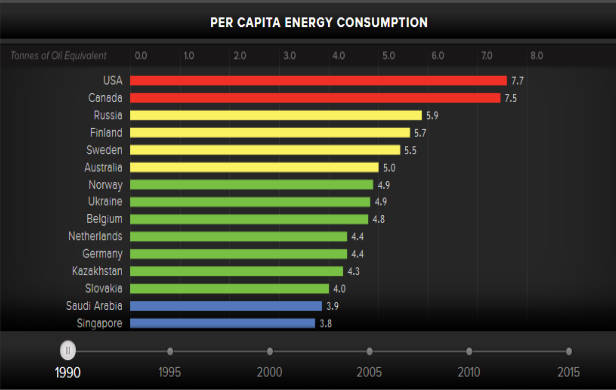 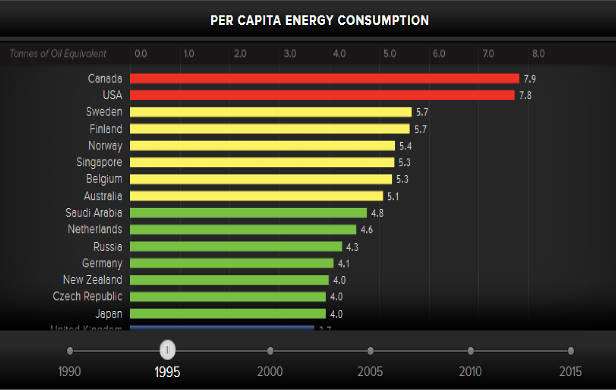 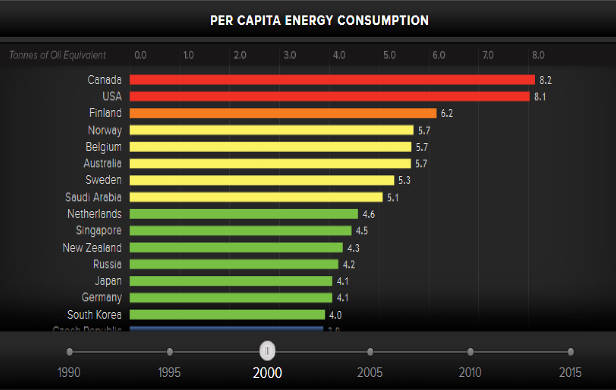 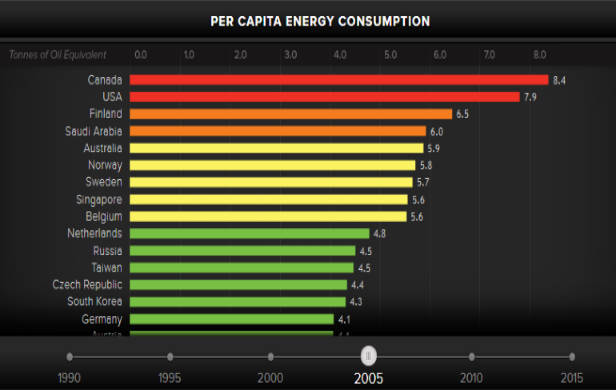 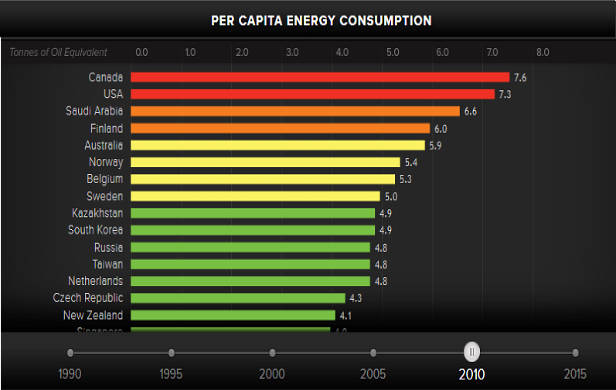 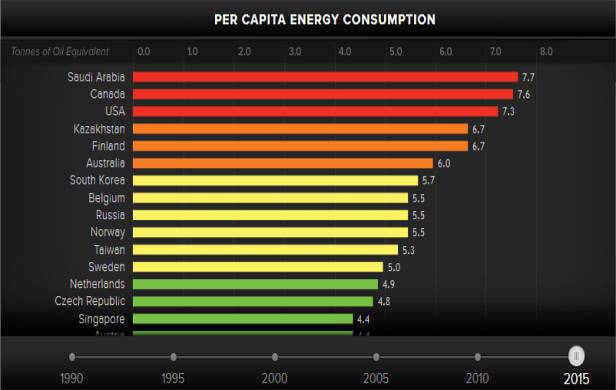 If “Energy Efficiency” isn’t the answer then what is?

What Joe also neglects to point out is that the IEA, in its Worldwide Trends in Energy Use and Efficiency Report, promises that “the overall message from the indicators is clear; the current rate of energy efficiency improvement is not nearly enough to overcome the other factors driving up energy consumption. As a result we are heading for an unsustainable energy future. We must find new ways to accelerate the decoupling of energy use and CO2 emissions from economic growth.”

Using the PMO’s office as tar sands bully pulpit hardly helps with said decoupling – in fact, it is quite the opposite.