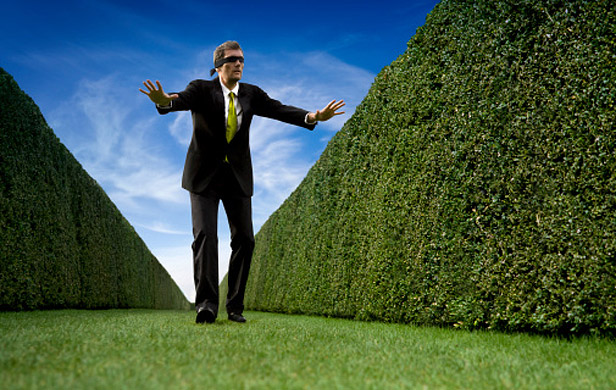 Part 1 of a 2-part story from innovation expert Will Dubitsky on Canada’s missed opportunity to build a prosperous green economy.

The ardent defenders of our resource economy are in no way limited to the climate skeptics who support TransCanada’s Energy East project, the Keystone XL pipeline and the tripling of Kinder Morgan’s pipeline capacity to Vancouver. There are also much larger and perhaps more influential groups of traditional resource economy supporters – the greenwashers such as Justin Trudeau, Quebec Premier Philippe Couillard, the majority of mainstream journalists, economists, Bay Streeters and more.

These stakeholders would have us believe that with a little tinkering of the status quo, we can address requirements to reduce greenhouse gases while supporting projects like TransCanada’s Energy East and the other proposed pipeline projects for Canada.

According to this line of thinking, the traditional resource-based economic paradigm is a permanent fixture of global economics. Consequently, if TransCanada’s Energy East pipeline isn’t built, another petroleum source would fill the “void”, leaving the impacts on greenhouse gases at the level of the status quo.  In other words, new infrastructure to increase dour dependence on petroleum is fine, even though the International Energy Agency has said we must leave 80% of proven reserves in the ground if we are to avoid catastrophic climate change.

Green economy still ignored by many

It is rather unfortunate that the green economy paradigm – despite the facts on the ground in China, Europe and the US – remains off the radar screen of nearly all economists.

Even the very conservative International Monetary Fund, Goldman Sachs and UBS are way ahead traditional economists on the decline of the resource economy paradigm, respectively exposing: 1) the spellbinding levels of subsidization of the fossil fuel sectors; 2) the high financial risks of unconventional fossil resources, such as the tar sands; 3) the rapidly growing quantity of stranded oil assets due to the combination of high debt loads and reserves that cannot be supported by market prices; and 4) the growing aggressiveness and frequency of government action on climate change around the globe . Together, these factors are fostering the emergence of a global green economy.

The green sectors are among the fastest growing and highest job creation sectors of our times.  Unfortunately, Canada is missing out on these opportunities while China, the European Union and, to a lesser extent, the US are way ahead of us.

There are 3.5 million people currently working in the green sectors in the European Union (EU), with 1.2 million in renewables. The clean energy sectors in Germany are right up there with the German auto sector in terms of job numbers, and there is a 7,000-position labour shortage in the EU wind energy sector.

All this makes good sense, given the fact that government investments in the green economy create 6 to 8 times more jobs than the same level of investment in the extractive resource economy.

Though Quebec is participating in a carbon (cap and trade) market with California, current Couillard Quebec government actions are founded on a resource economy with negligible interest shown in high job creation green sectors. This is counterproductive not only for the environment but for the province’s economic development as well.

To begin, Quebec could better grow its economy and reduce its dependence on wealthier provinces by concurrently: 1) rejecting the few hundred jobs associated with Energy East; 2) reducing its dependence on petroleum from outside Quebec and thereby reducing local emissions; 3) focusing on the high job creation green sectors, including the development of Quebec’s emerging electric vehicle sector.

The transportation sector represents 42% of Québec’s emissions, so it’s a good place to start for tackling emissions. The good news is that not only does the province enjoy a clean energy surplus – mainly hydro – but its nascent electric vehicle (ev) sector has given rise to some promising local companies and institutions, including:

Should Québec and Canada not seize the day, it is China and the US – California in particular — that will continue to be the leaders in, and reap optimal long term benefits from, the electrification of transport.

Meanwhile, the city of Shenzhen recently announced a cap on new vehicle sales to cut air pollution, coupled with a requirement that 20% of registrations must be electric vehicles.

China’s central government is also considering a $16 Billion program to set up charging stations across the country and it has removed the 10% purchase tax for electric and hybrid vehicles.

Yet the Couillard government, much like policies of Harper and Trudeau, lives in the past tense, supporting TransCanada’s Energy East pipeline proposal while cancelling a $500 million PQ program for the electrification of transport, instead committing $450 million for an unneeded cement plant that will be fueled by petcoke – a high-carbon content fuel derived from the residues of tar sands refineries. Couillard also remains fixated on his predecessors’ Plan Nord – a large scale vision for heavy extractive industries in the province’s north.

Meanwhile, Couillard shows disturbing signs of softening Quebec’s moratorium on fracking, letting it be known that his government will not be taking action along the lines of the New York State to impose a permanent ban on shale gas development. Instead, his government appears to be keeping its options open for developing a shale oil sector on the Island of Anticosti, which the previous PQ government injected $115 million into through two equity agreements.

In addition to the high level of methane leaks from shale gas wells and risks of soil, water and air pollution, it is becoming clear from the US experience that shale gas and oil lead to boom and bust economics. Yet Couillard appears reluctant to fully cut ties with this form of development and instead seize the enormous benefits available from the green economy.

Watch for the sequel to this story next week – exploring the decline of the fossil fuel era and remarkable rise of the green economy.